Jonathan entered into the commercial property market as a trainee surveyor in 1985 and qualified as a Member of the Royal Institution of Chartered Surveyors in 1991. He spent 12 years working in Norwich before joining George Hazell as a consultant in 1997, joining the partnership in 2001 before then turning the firm into a private company in 2007.

He has been on the Board of the Town Trust for over ten years and has been involved with a number of their projects over this period. He is currently the Trust’s Vice-Chair.

Aoife is an Architect who has lived and worked in Bury St Edmunds since relocating here in 2007, she has always had an interest in historic buildings. A director of a local practice, BCR Infinity Architects, she takes an interest in all development in and around the area.

Keen on exploring and developing modern methods of construction and promotion of sustainable materials she has experience of implementing these skills when working with listed buildings. Her professional interests and areas of work have led her towards the restoration and enhancement of listed buildings where Aoife has been able work with multi-disciplinary teams to create sensitive alterations and extensions to listed buildings.

Aoife has a broad design experience that extends to a full range of project types and sectors and has been instrumental in driving the design development and managing the delivery of complex education and community schemes through to domestic and refurbishment projects in sensitive historic settings and working environments within programme and budget; whilst ensuring a quality of design and construction. 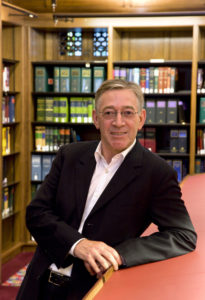 Paul spent over 20 years as a partner of Feilden+Mawson Architects, the last 12 years as Managing Partner. Paul worked on national and international design projects in China, Malaysia, west Africa and the Middle East. Highlights include leading the client technical teams for the new UK Supreme Court, Manchester Civil Justice Centre and Cabinet Office in Whitehall for HMG and for housing developers on listed building conversions in Bicester, Ealing and Midhurst.

Recently, Paul has been working part-time for Strategic Estates for the Houses of Parliament on decanting the Palace whilst repair works are carried out.

Paul is the Trust’s acting Treasurer and is a partner in Whiting & Partners, a Bury St Edmunds based regional firm of chartered accountants and business advisors. He is closely involved with many of his firm’s charity and not-for-profit clients and has continued his firm’s long association with the Town Trust over many years. 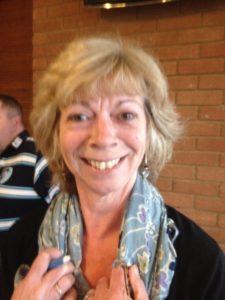 n her career as a journalist at the Institute of Mechanical Engineers before working for the East Anglian Daily Times and the Bury Free Press where she took on the role as Sports Editor.

A period as a freelance journalist saw her involved in promoting local events and assisting with media enquiries. 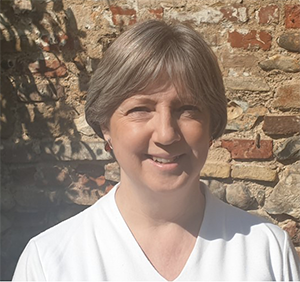 Caroline has recently taken over as membership secretary for the Trust.

She works for Hazells Chartered Surveyors in the town as bookkeeper and has lived in the medieval grid since 2016. Caroline is a magistrate and has a degree in History & Archaeology.

Caroline has a long standing interest in historic buildings and a particular interest in the restoration and repair of older buildings.

Margaret was born and lived in Bury for 21 years, returning to Suffolk in 1988 and, since 2002 living in Bury St Edmunds again. 2003 saw her voted in as a Councillor and four years later become Mayor of the Borough of St Edmundsbury.   Always passionately interested in our town she became the Borough’s Magna Carta Trustee in 2007 which led to being on the National 800th Magna Carta Anniversary Committee plus setting up the local Committee to commemorate in 2014 the part Bury St Edmunds played in the story of the Charter when the Barons of King John visited the great Abbey. A Trustee of the Bury Town Trust since 1990 Margaret is also a member of other committees plus volunteers and enjoys working in the Cathedral Tourist Information Point on Angel Hill, now in its third year.   She hasn’t yet learned what the word ‘retirement’ means!

Alan started working at the Bury St Edmunds Office of BCR Infinity in October 2020, after a career that has so far spanned four decades in architecture and a full involvement in most aspects of architectural endeavour.

Alan’s experience covers many building types and sectors, but he is best known for his work in design for education and his work in the community architecture sector.

After 25 years running his own practice, WPP Architects, Alan set up and led the education team at KLH Architects for five years.  Having worked on education projects since his earliest days in the offices of Johns, Slater & Haward, Alan has been intimately involved in the evolution of modern learning environments.

Alan was the Chairman of the Suffolk Association of Architects for four years; he is one of the RIBA Suffolk delegates to the Suffolk Joint Construction Committee and a representative on the Ipswich Borough Council Conservation and Design Panel.

Alan also teaches on the RIBA Studio/Oxford Brookes Distance Learning course and at the University of Suffolk School of Architecture.

Martin first became aware of interesting buildings, and the threat to their continuing existence, in the early 1960s while serving in the Royal Air Force in Huntingdonshire. At the time, it was very easy to obtain consent to demolish historic buildings on the excuse of road widening, town centre improvements, or even just because they were beyond economic repair.

He moved to Bury St Edmunds in 1964 – because of the properties and a dental partnership offered in a beautiful 1782 built house in Northgate. Fine buildings were then still being lost in Bury but the turning point really came when attending a Public Meeting to object to the proposed, wholesale demolition of St John Street and its redevelopment, surrounding it with a sweeping Ring Road. From this arose the Bury Society, which he joined as part of its Committee and which has successfully continued to scrutinise, comment on, praise or object to building proposals within this Town.

However, he longed to be able to restore and conserve buildings which were being neglected and in danger of being lost, and so became a founder Trustee of the Bury St Edmunds Town Trust when it was formed in 1979.  The active role the Trust has played in the Town, helping in the care of its threatened buildings has been very satisfying. His own driving force has always been the importance, not always recognised, of the “cared for” attractive historic environment, which has seen Bury remain a sought after place to live and retain good employment in difficult times.  On retirement from dental surgery, he chaired the Eastern Region of the Association of Preservation Trusts, joined its National Council, and also became a Trustee and later Chair of the Suffolk Building Preservation Trust. Due to his daughter’s disabilities, this has given him an awareness of the problems faced in the important element of making buildings equally accessible to everyone.

David is an architect who was born and raised on the family farm in Suffolk. He was with Whitworth, Chartered Architects and Surveyors, in Bury St Edmunds for 28 years, having joined on completion of his studies at Nottingham University and became a member of the RIBA in 2002. During his time with the practice David developed his great interest in historic buildings and worked on the conservation, repair and adaption of many listed domestic buildings and numerous medieval churches across Suffolk.

In 2019 David took up a new position with the National Trust as the Building Surveyor with responsibility for the Ickworth Estate, the Theatre Royal, Bury St Edmunds and the trusts Suffolk and Essex coastal portfolio of properties, including the buildings on the Sutton Hoo, Dunwich Heath and Orford Ness estates.

David has held Building Conservation Accreditation under the AABC scheme since 2007 and is also a member of a number of heritage organisations.

John trained in land management and subsequently in architectural conservation.  After working for a firm of international property consultants, and then in the voluntary sector, he established his own practice specialising in planning cases which included advocacy at public inquiries and before parliamentary select committees.  His work also involved heritage property management for which he wrote the original national guidance.

He is a former special adviser to the House of Commons Environment and Transport Committee, and was member of the Broads Authority where he was vice-chair of its Environment Committee.  He has also been a member of the executive committee and council of The National Trust, and the national planning committee of CPRE.