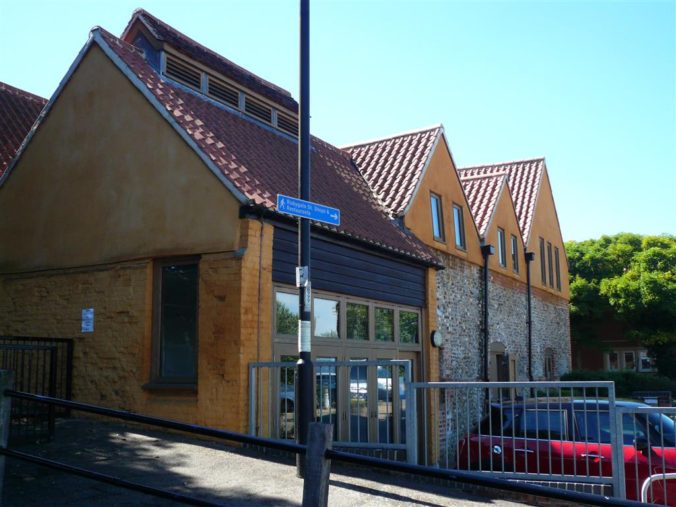 This property, now called The Maltings, was bought by the Borough Council who were unable to find anyone to take over the derelict site. A feasibility study for Age Concern indicated a cost of £2.5m for conversion to a Day Centre. The Trust suggested a lower cost scheme but, although a Heritage Lottery grant of £802,000 was offered, the charity withdrew as it was under pressure to find a quicker solution. At the same time (2004), St Matthew Housing was seeking a town centre office and the old maltings offered both office space and a site to the rear for five new flats, two of which were specially designed for the disabled. The Trust worked closely with The Maltings Project until completion. The final cost was £1.45m.